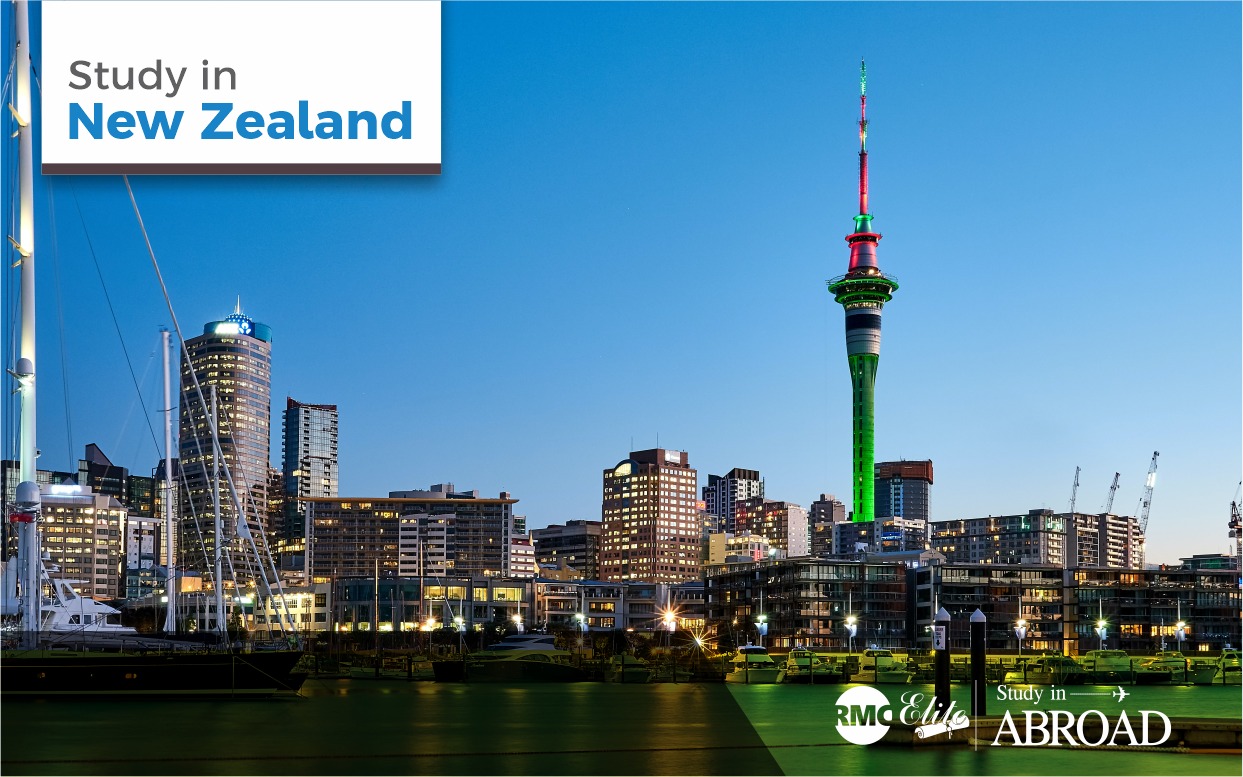 The infrastructure is also good. The universities In New Zealand are facilitated with good libraries, sports stadiums, hall of residences, and a lot of greenery. All these factors attract the students to study in New Zealand. Moreover, the cost of also bearable and visa is easily applicable.

It is the oldest among the universities in New Zealand. Ranked 175th in the QS World University ranking 2019. It offers courses in four streams including humanities, science, health science, and business. It is located in the second-largest city on the south island, Dunedin. It has the prestige of being the oldest University of New Zealand. University and government offers various aids and scholarships in New Zealand for international students with which one can easily enroll in such a prestigious university

If you want to study in New Zealand and want to be a barrister then this university is a good option for you. Ranked 221st in QS World University ranking 2019, Victoria University of Wellington has nine faculties. The most notable among them are law, science, and humanities. This is one of the best universities in New Zealand for law students. The University not only focuses on theoretical reading but the practical learnings and hands-on experiences are the keys to success at this university.

It is located in the city known as Christchurch and is ranked 231st in the world. The University of Canterbury offers a wide range of courses to study in New Zealand. The courses offered in subjects including arts, commerce, engineering, fine arts, forestry, health sciences, law, music, social work, speech and language pathology, science, sports coaching, and teaching. This university gives the maximum possible choice of courses to attract the students.

Living and studying in a foreign country requires a lot of money other than the tuition fees. New Zealand is an academically sound country, which offers courses with minimum tuition fees for national as well as foreign students. Certainly, the tuition fees to study in New Zealand depends on the courses or type of qualification you opt for.

The tuition fees also fluctuate on the basis of courses, streams, and faculties. The humanities and arts subjects will be charged less than other streams like science.

To study abroad, tuition fees are not the only expense. The cost of living, traveling, communication, etc., must also be considered.

The universities in New Zealand offer on-campus accommodation to the students. However, you need to apply and confirm your seat for that. On-campus residence can be a good, secure, and affordable option. It will cost you NZ$200-600 per week. Moreover, the residence depends on the students. You can also opt for private off-campus residences or homestay, the cost of which depends on what you choose.

The other more important expense which is fixed and cannot be ignored is the student visa charge. The Visa charges are fixed and are around NZ$270-300.

The other charges are living expenses. Which includes grocery, bills, clothing, and other necessities. If you want to reside there for more than a year then on average you must have NZ$1500 per year. However, if your residence in New Zealand is limited to one year then you can live in approx. NZ$12500.  Thus, the average living expenses may vary from NZ$12000-15000 and more.

Other important expenses which come into the list are your transportation and communication expense which depends on your living habits.

These are the basics which are needed to be planned when you wish to study in New Zealand. However, the country is a good and affordable option for students. It gives independent thoughts, living and free environment to study and upgrade mental skills and knowledge.

The usual admission seasons in new Zealand are January mad July. Get all your documents ready and apply for admissions. Moreover, if you got a scholarship in New Zealand, it is much more advantageous. All these facilities attract the students to study in New Zealand a lot.

These are some of the documents required:

The eligibility criteria for a scholarship in New Zealand include a high or good academic score. The other things are considered depending on the course or stream you want to choose. The vocational certificates may also prove advantageous. Moreover, extracurricular activities can add a lot more confidence to your applications for scholarships in New Zealand. For research scholars the written. Papers and academic write-ups may also prove fruitful. The eligibility conditions may vary according to the scholarship in New Zealand.

Some of the scholarships in New Zealand are:

These scholarships in New Zealand may cut your cost from 25% to 80%. And in some cases even 100%. So score high, get good results and you are good to go to study in New Zealand.

The documents usually needed for a scholarship application, although the requirements may vary are :

Now let’s have a look at what you need to take admission in universities in New Zealand. To study in New Zealand first you must decide what course you want to opt for and from which university. Once you are clear with the course and university, the other steps are as follows:

SOP:  A Statement of Purpose (SOP) is your introduction to the college and admission officers. It is always written in the first person and describes the reason for applying to a particular college.

LOR:  A letter of recommendation (LOR) is a reference letter written by a third party describing the qualities, characteristics, and capabilities of the prospective student to recommend him to the college in terms of that individual’s ability to perform a particular task or function. The third-party could be a professor, direct manager, etc.

Some universities may also what’s your write-ups or essays.

And once you get all this done, you’re good to go.