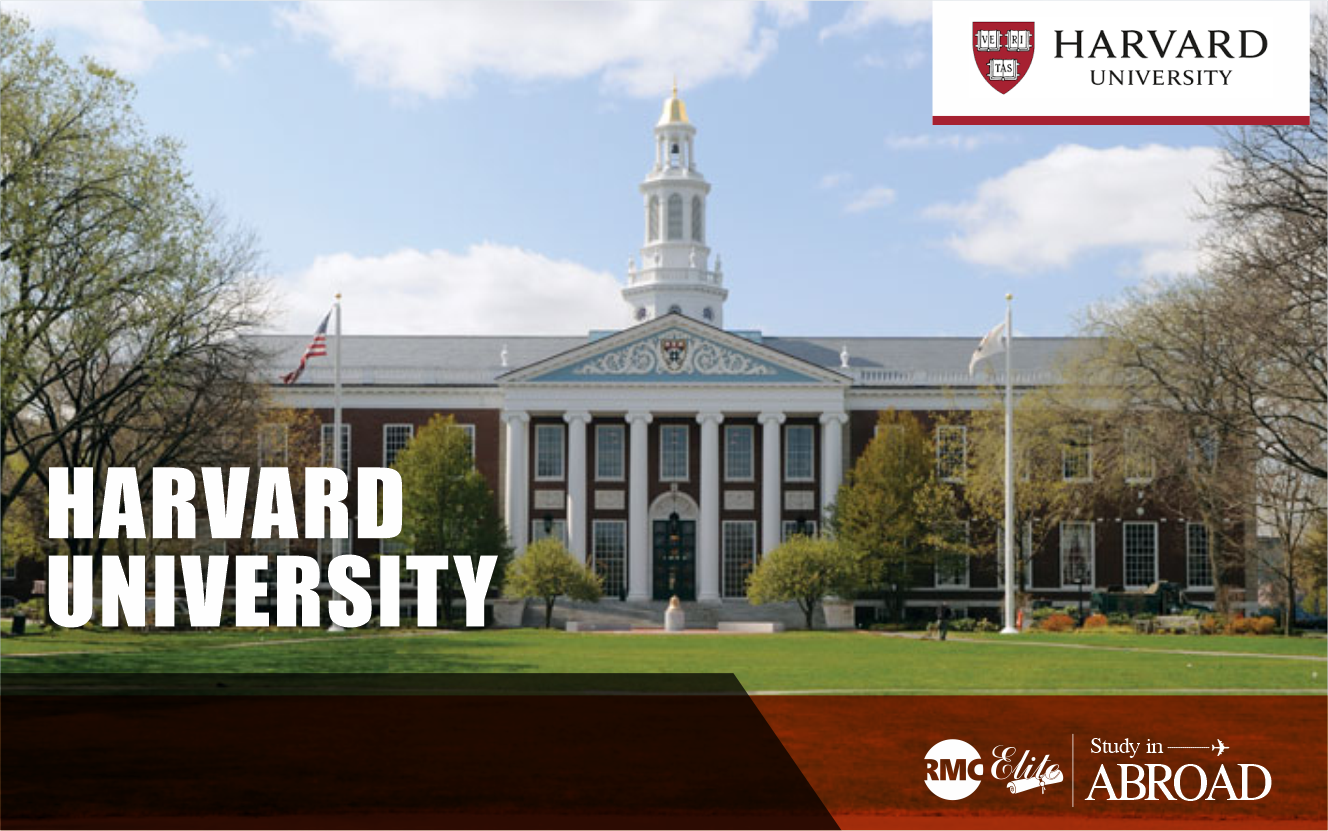 Harvard University is the oldest and most well-known university in the United States, having been established in 1636. The University’s most well-known landmark is a statue of John Harvard, the College’s first patron, which stands in front of University Hall in Harvard Yard. This Ivy League university has a 375-year history not only in the United States but also around the world. In addition to the Radcliffe Institute for Advanced Study, Harvard has 12 degree-granting colleges. Since its establishment in the mid-1600s, the University has expanded from nine students with a single master’s degree to over 20,000-degree applicants, including undergraduate, graduate, and technical students. Harvard University is located in Cambridge, Massachusetts, on a 5457-acre campus. Cambridge, one of metropolitan Boston’s most prominent urban centers, is organized around ancient city greens, tree-lined squares, and the sedgy banks of the Charles River. Harvard is situated in the heart of Cambridge, offering direct access to the city’s eclectic mix of shops, restaurants, and entertainment. Cambridge is a member of Boston’s vast public transportation system. You can easily get wherever you want to go with buses, cabs, and a subway stop right in the heart of Harvard Square. The field is just a 12-minute ride from downtown Boston. Harvard has over 2.79 lakh alumni in the United States and 59,000 alumni in 202 countries. It has over 10,400 academic appointments in affiliated teaching hospitals and over 2,400 world-class faculty members. Harvard has been home to 48 Nobel Laureates, 32 heads of state, and 48 Pulitzer Prize winners as teachers, faculty, or scholars.
History
Why Study In Harvard
Campuses
Ranking
Courses
Facilities
Admission
Career
History
Harvard University was established in 1636 and is the country’s oldest higher education institution.

Harvard was established in 1636 by a vote of the Massachusetts Bay Colony’s Great and General Court. It bought the first established printing press in British North America in 1638. Harvard College was established in 1639 and named after deceased clergyman John Harvard, a University of Cambridge alumnus who left the school £779 and a library of 400 volumes. In 1650, the Harvard Corporation was founded by a charter.

Enlightenment concepts of rationality and free will were widely held by Congregational ministers in the nineteenth century, placing them and their congregations at odds with more traditionalist Calvinist groups. A struggle erupted over their replacements when Hollis Professor of Divinity David Tappan died in 1803 and President Joseph Willard died a year later. In 1805, Henry Ware was elected to the Hollis chair, and two years later, liberal Samuel Webber was appointed to the presidency, signaling a change away from conventional ideas at Harvard and toward liberal, Arminian ideas.

Harvard’s prestige increased in the twentieth century as a burgeoning endowment and influential academics broadened the university’s reach. New graduate schools were created, and the undergraduate college was enlarged, resulting in continued rapid enrollment growth. Radcliffe College, established in 1879 as Harvard College’s female counterpart, became one of the country’s most prestigious women’s colleges. In 1900, Harvard joined the Association of American Universities as a founding member.

On July 1, 2007, Drew Gilpin Faust, the dean of the Radcliffe Institute for Advanced Study, became Harvard’s first female president. Lawrence Bacow took over as her replacement on July 1, 2018.
Why Study In Harvard

Harvard College’s mission is to educate people and citizen-leaders for our society. We do so by believing in the transformative potential of a liberal arts and sciences education.

Students embark on a journey of intellectual development that starts in the classroom with exposure to new concepts, new ways of learning, and new ways of knowing. Intellectual change is deepened and conditions for social transformation are generated in a diverse living environment, where students live with people who are learning different subjects, who come from different walks of life, and who have changing identities.

We hope that as a result of this, students can begin to shape their lives by deciding what they want to do with their gifts and abilities, analyzing their beliefs and interests, and exploring how they can better serve the world.

The benchmark for residential liberal arts and sciences education is set by Harvard College. We’ve committed to developing and maintaining the conditions that enable all Harvard College students to embark on an intellectually, socially, and personally transformative educational journey.

When you enroll at Harvard College, you become a part of the country’s oldest higher education institution’s rich past. Harvard has changed drastically since its founding in 1636, but it has still been a refuge for the world’s most ambitious scholars and leaders.

Harvard’s main campus, which covers 209 acres (85 ha), is based on Harvard Yard in Cambridge. Harvard Yard is home to main administrative buildings like University Hall and Massachusetts Hall, as well as libraries like Widener, Pusey, Houghton, and Lamont, Memorial Church, academic buildings like Sever Hall and Harvard Hall, and the majority of freshman dorms. Undergraduates in their sophomore, junior, and senior years live in twelve residential homes, nine of which are located south of Harvard Yard and along or near the Charles River. Each residential house has a dining hall, library, and recreational areas, as well as undergraduates, faculty deans, and resident tutors. Harvard owns a variety of commercial properties.

On a 358-acre campus in Allston, Harvard Business School, Harvard Innovation Labs, and several athletic facilities, including Harvard Stadium, are located. The university is developing rapidly in Allston, where it now owns more property than it does in Cambridge. The Business School, a hotel and conference center, graduate student lodging, Harvard Stadium, and other sports facilities are all part of the plans.

On a 21-acre campus in Boston’s Longwood Medical and Academic District, the Medical School, School of Dental Medicine, and School of Public Health are housed. Beth Israel Deaconess Medical Center, Boston Children’s Hospital, Brigham and Women’s Hospital, Dana–Farber Cancer Institute, Joslin Diabetes Center, and the Wyss Institute for Biologically Influenced Engineering are among the Harvard-affiliated hospitals and research institutes in Longwood. Additional affiliates, like Massachusetts General Hospital, can be found all over the Greater Boston area.

Information on private sector rentals, hotels, and other options.

Harvard University Housing (HUH) does not explicitly provide short-term housing. However, we do allow qualifying Harvard Affiliates to sublet to our residents.

Accommodations for spouses, domestic partners, and children are available for graduate students who have stressful schedules.

The Emergency Room is open 24 hours a day, 7 days a week. We provide advice and care for acute physical and emotional health conditions that need immediate attention but are not life-threatening.

Students, faculty, staff, and alumni are the only ones who can attend the recreation center (and their eligible family members). The Malkin Athletic Center, Blodgett Pool, Hemenway Gymnasium, QRAC, and Murr Center Fitness Room are all available to members.

Harvard students are engaged on and off-campus, with over 400 official student groups providing extracurriculars, co-curricular, and athletic opportunities in addition to academics. Whether in Harvard Stadium playing on the field or cheering on The Harvard Crimson, volunteering through organizations like PBHA, fostering entrepreneurial activities in the Harvard innovation lab, writing or editing at The Harvard Crimson or The Harvard Lampoon, or researching in one of the many labs, Harvard students are continuously learning and constantly busy!

Harvard University enrollment is a once-in-a-lifetime opportunity available in two intakes: early application and daily application. Harvard is one of the best colleges in the United States, with an early-round acceptance rate of 7.4%, which could decrease to 4 to 5% for the final round. Harvard tests all candidates in the same way, regardless of their nationality.

With 57,000 applicants for the class of 2025, Harvard admissions for the years 2021-2022 reached a new high of 42 percent. The secondary criteria that regulated early-round admissions for applicants wanting to be a part of the US Education System were extracurriculars, letters of recommendation, essays, and interviews.

After you’ve agreed on an application portal, submit your application to Harvard by adding the documents mentioned below:

You may contact RMC Elite team to apply to Havard University.